Wiha Tools recently introduced a revolutionary new Hex L-Key Set.  They call it ErgoStar.  The Hex tools are Wiha’s standard High Quality CVM Steel, Hard Chromed, Ball End Hex Keys. The tools are extremely nice in themselves, but the real star is the Ergo Star holder.  This Hex Key holder has an automatic open feature.  When you turn one Hex wrench, they all turn out at the same time. When turned out, each Hex tool can be removed without removing any of the other hex keys.  It’s awesome!  I know you’ve been frustrated trying to remove one Hex Key from a set where the other keys are in the way.  This is such a great feature! I love it! 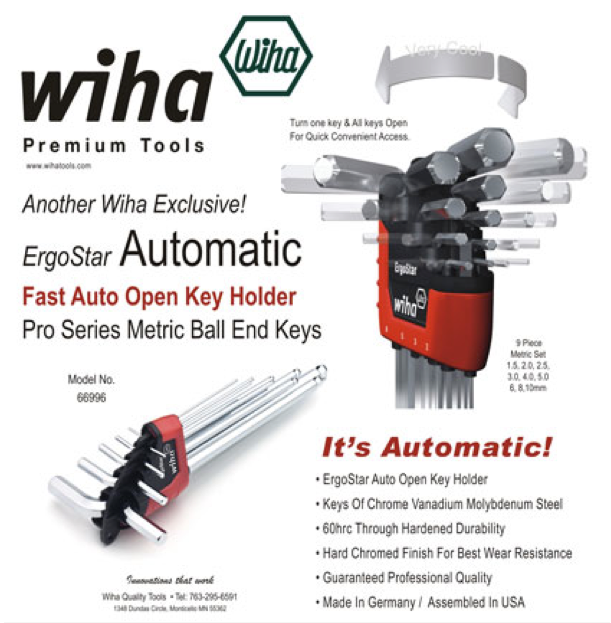